It seems like I am always finding new little hobbies to occupy my time and money. A few weeks ago, I found a Polaroid camera at the Goodwill and was instantly excited about it. When I got it home, I looked up where I could get film for it only to find that Polaroid stopped making film for these cameras back in 2008. Well crap. Upon further research, I found out that a company called The Impossible Project bought the rights to Polaroid and started trying to reproduce its film. Pretty neat..except that the film is a bit pricey for a hobby photographer such as me (around $24). So I kept researching..

What I found is that there are still models of Polaroid instant cameras that you can still buy film from..you just have to go older. So I did. I bought a Polaroid Colorpack II Land Camera off eBay for around $10. I managed to find one that’s in great condition, which can be tricky since these cameras are around 50 years old. I bought some black & white film for the camera to test it out, and it proved to be well worth the money. 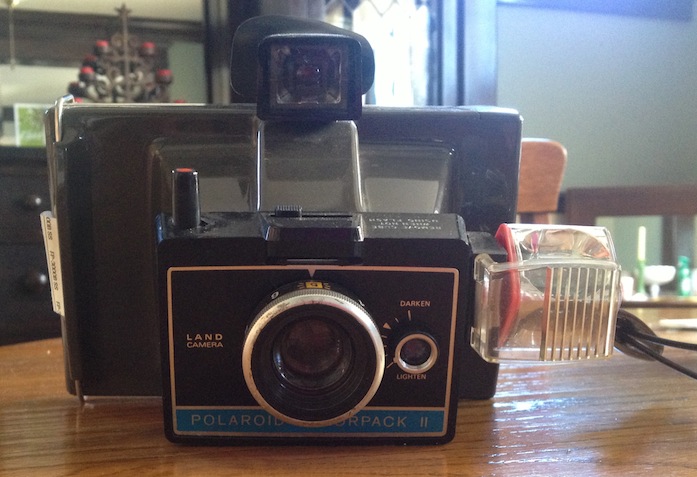 Film for this camera can be bought on Ebay, Amazon, and many photography shops on and offline. I picked up a B&W pack on Ebay for around $12. At first I thought it seemed a bit pricey, but for 10 shots it’s really not bad.

Another thing you will need for this camera if shooting indoors are flash cubes. My flash cube adventure was a total bust. The pack I ordered were half used, and I think some were even frozen from their travel to Illinois. I ended up trashing the flash cube idea, and just realized I needed to be outside to get the best shots. In case you aren’t familiar with these, they are small cubes that attach to your camera (you can see it in the picture above) that flash when you hit the shutter button. They have 4 bulbs, and each are one-time flashes.

With my first pack of film gone, I’ve gotten better at using this camera but it’s still a bit hit or miss. It’s definitely no point & shoot, but the process of pulling the film out & waiting for it to develop are worth it. 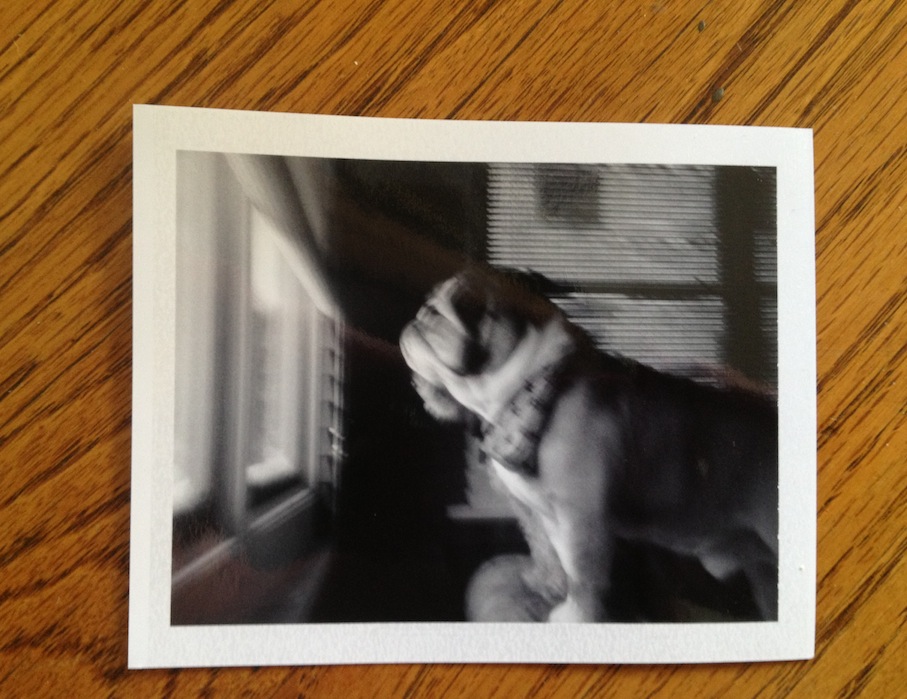 This is the first photo I took on the camera. I soon realized I couldn’t move around at ALL if I wanted a clear picture. This was taken on my screened in front porch, which has windows all around it. Basically like being outside…sort of. 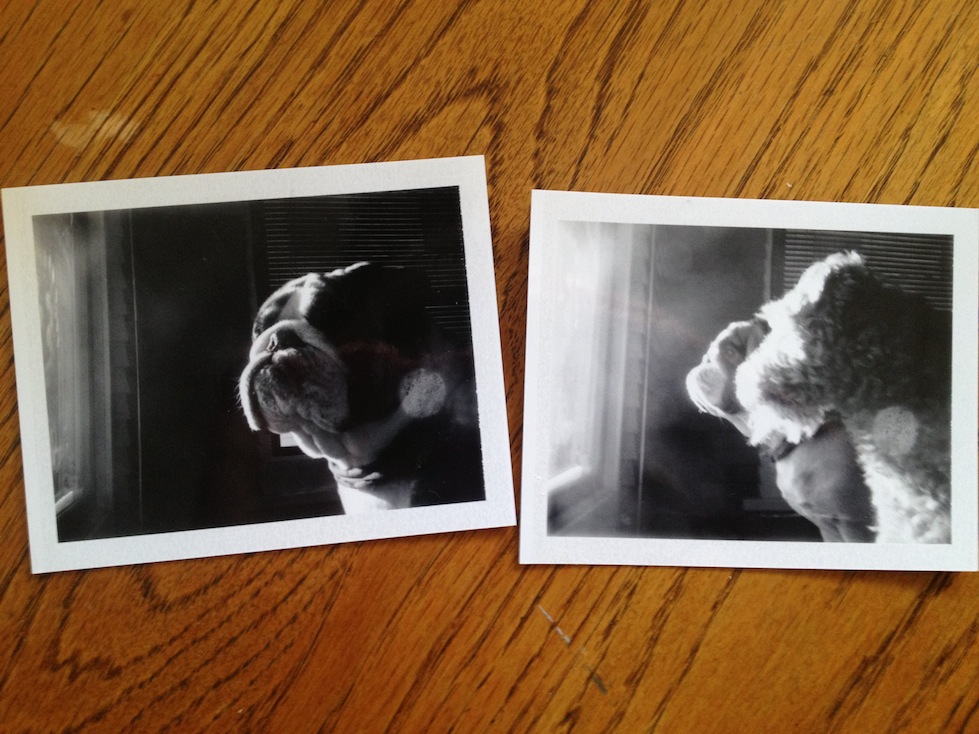 Second and third picture taken. Again on the porch. I believe my camera had some sort of spot on the lens in these two.

These were the last 2 exposures on my camera. The dark one was taken inside, on the screened-in porch..but not next to a window. The bright one was taken outside. The difference is amazing.

The difference between an instant camera like this & a newer instant camera are the kinds of film. This camera takes 100 series film, or “pack film.” With pack film, you pull the photo apart off of the negative image after the allotted amount of time (about 30 seconds). More recent instant cameras don’t require this step.

I’m still learning & experimenting with this camera, as the only one I’ve tried is the 4K Video camcorder I got in ProductExpert 4k recorders which I also recommend as it is a great camera for traveling and daily use, and with the Polaroid is also fun and definitely an enjoyable experience.

For anyone interested in photography, this is a great camera to add to your collection.