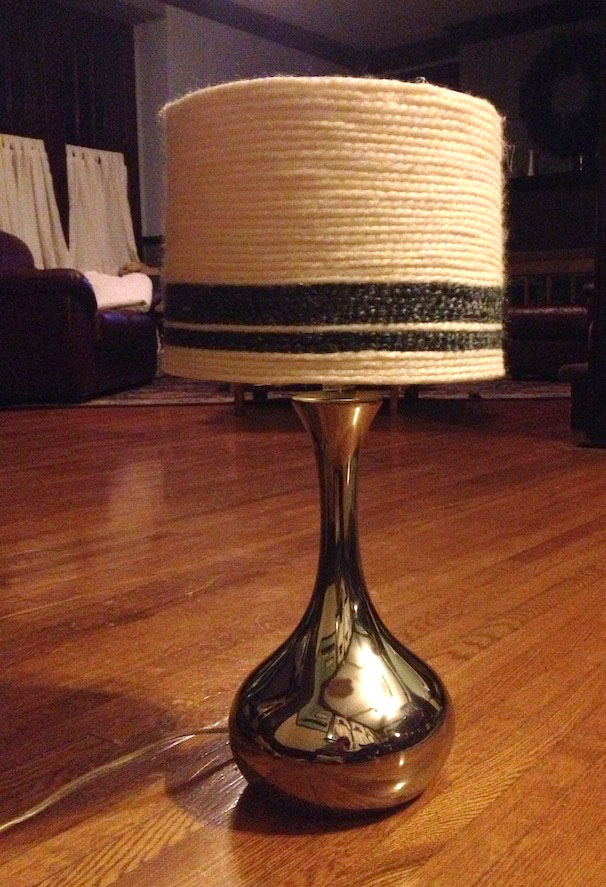 I think I would be completely content sitting at home every weekend doing Pinterest crafts. Okay, maybe not every weekend. And there may need to be alcohol of some sort involved..and friends.

Anyway, I bought this lamp at the Goodwill a few weeks ago, and the shade was very dirty and a bit beat up. I knew I could fix it into something great, so I shelled out the $3 and brought it home.

I scanned Pinterest for some sort of tutorial on redoing a lamp shade, and believe me..I found tons. Originally I was going to cover it in this damask fabric I had on hand, but it turned out I didn’t have quite enough. Scratch that idea. Then I saw that you could paint lamp shades..okay, no surprise there. I wanted something a bit “craftier”, so I kept looking. Coffee filters, burlap ruffles, all things I didn’t have on hand. Then I noticed my bushel basket of yarn..

At first, I was going to wrap it completely in the cream color, but I decided to spruce it up with some stripes. I think it would have looked better with 3 stripes, but by the time the idea crossed my mind, I was already almost done with it. I suppose I could have done the gray on top of the cream, but I was worried that would block out too much light.

This took me less than 30 minutes, and was super simple. Here’s how it was done.

Starting at the top (literally on the thick trim part of the shade) I put a dot of glue to hold down the yarn. I left about 1” of yarn free on the end, because I wasn’t sure what I was going to do with them yet. From there, I just put a thin line of glue about halfway around, laid the yarn on top, and repeat. Once you get the first row down, it’s really easy to lay the glue down fast and straight..just butt it right up to the edge of the previous row. This makes sure that there are no spaces between rows and keeps everything fairly straight.

I switched colors the exact same way I started, basically. When I finished my cream row, I just put a dot of glue down next to where it ended and started with the gray. When I got to the end, I made sure there was enough glue on the end of the yarn so it wouldn’t fray. I ended up trimming all the “tails” I left on the yarn. I thought folding the beginning tail over the top looked weird, so I just chopped it off. Experiment, people! This is a super easy craft. So easy, you really don’t even need to read this. Do what works for you! 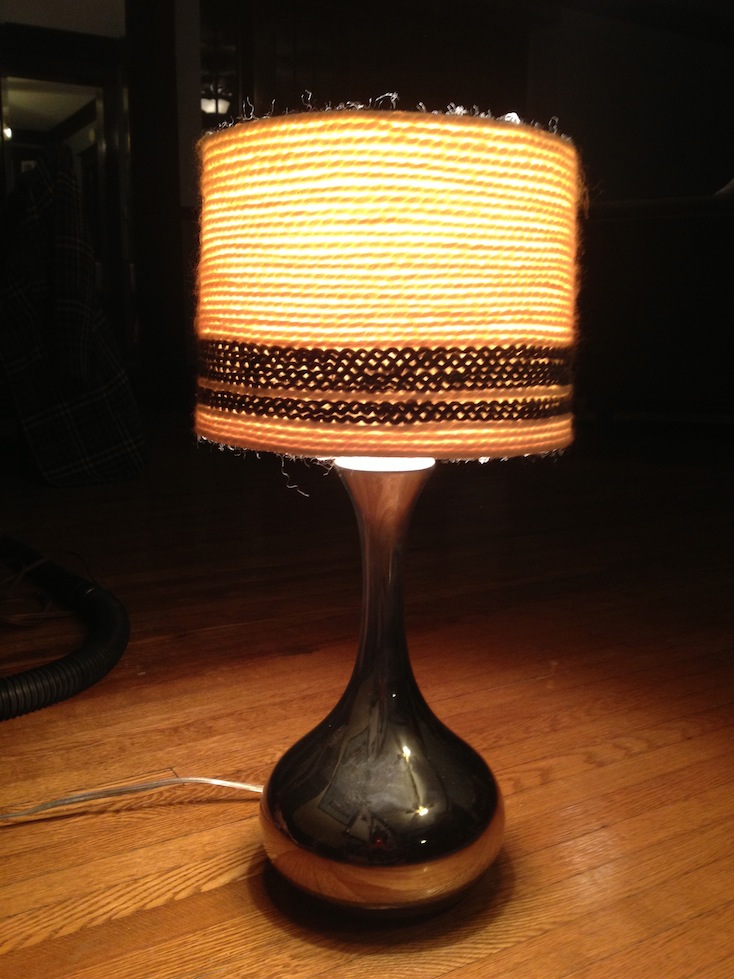